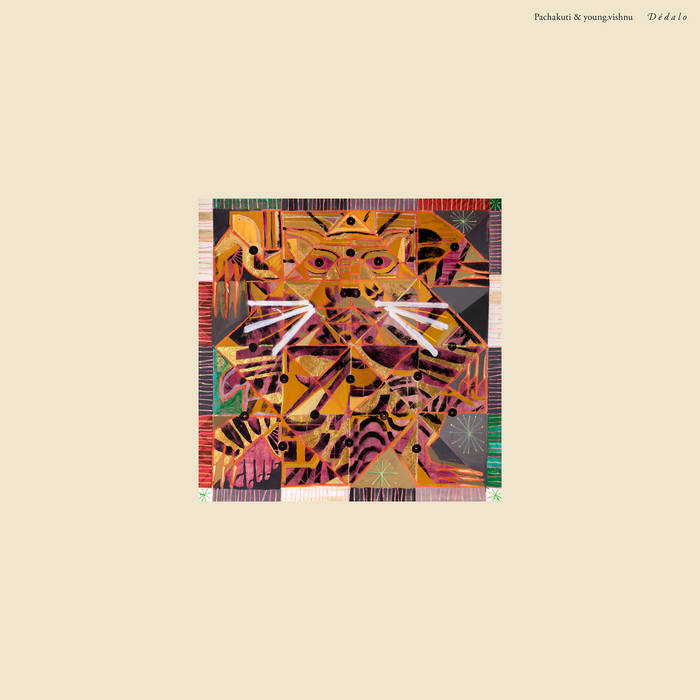 The Nonsemble We have been fan-addicts [fanatics] of the joint joints of Pachakuti and young.vishnu since day one! We don't always get to collect the vinyl releases of our international favorites. In this instance, we were able to get our bid in while there is/was still availabilty. simply cannot WAIT to drop the needle on this gorgeous work - and looking forward to the day we get to see them do their thinv LIVE, here on this [U.S.] side of the world!
.
Fantastic Work. THANK YOU!

If you had to put one single tag on their forthcoming album ‘Dédalo’, the best choice would be Jazz. That being said, Pachakuti and young.vishnu’s sound worlds might be better described in their own words: „We just make music and try to incorporate what we love about it“. They are musical freethinkers with shared interests in eastern philosophy and botany who interweave Hip-Hop, Latin and Funk with musical storytelling and world mythology.

Undoubtedly, their most ambitious work to date, their second album ‘Dédalo’ shows their resourcefulness and growth. Where their debut work ‘Semilla’ (2020) centered around the image of the seed, ‘Dédalo’ takes on the entire garden. Besides playing multiple instruments by themselves, Pachakuti & young.vishnu invited a growing group of befriended musicians into the studio, including percussionist maestro Eric Owusu (Pat Thomas, Ebo Taylor, Jembaa Groove) and drummer Leon Raum (Bokoya, Wyl), as well as Brazilian newcomer vocalist Laíz, and members of their former band project Soularkestra. The 16 recorded songs, ranging from 1:19 to 14:58 minutes, take you on an emotionally honest, metaphoric journey through the maze of human existence, of modern society and mythic poetry.

The mostly instrumental tracks build on expressive melodies, layered rhythms, and a wide range of musical instruments, merging the sounds of Jazz with the classical word of orchestras and choirs, and urban soundscapes with traditional instruments such as the Andean Kena and Charango, the Colombian Gaita and Marimba de Chonta, and an Indian harmonium. The Album thus weaves together past and future, and diverse cultural threads, sounds and ideas in an act of cultural appreciation and global conscience.

Mixed and mastered by Roe Beardie at The Brewery Studios, Berlin. The album artwork itself merges the visionary art of Mexican painter Sergio Chávez Hollar with an original artwork-inlay of Brazilian artist Laíz and the work of Carsten Pölking of the Nima Compositions Archive.

‘Dédalo’ will be available digitally and on double-vinyl.