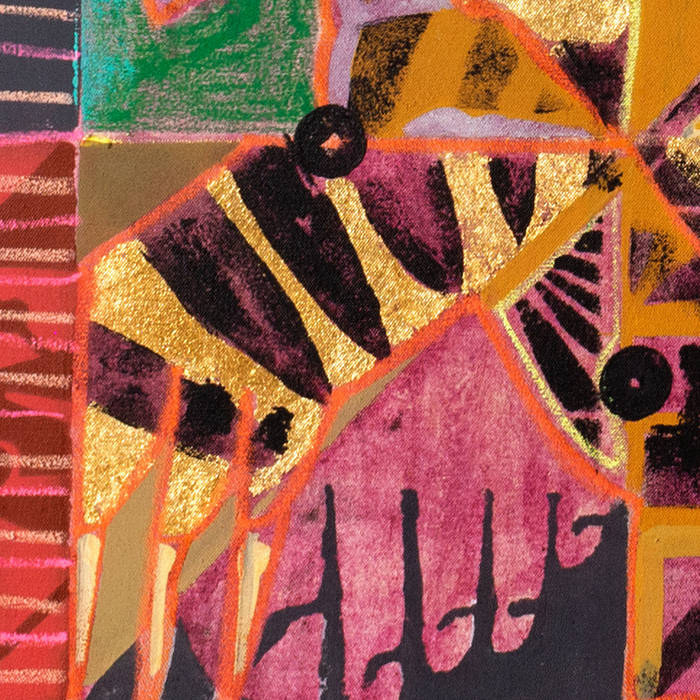 German Jazz/Beat duo Pachakuti & young.vishnu are taking their joint project to new heights. Organically developing instrumental Hip-Hop into full-fledged orchestral Jazz and Groove, they create an excitingly eclectic blend of world music traditions. ‘Odé’ (feat. Eric Owusu, Laíz & Jens Aurich) is the third single off their upcoming album ‘Dédalo’, to be released on May 29th digitally and on double-vinyl.

If you had to put one single tag on their forthcoming album ‘Dédalo’, the best choice would be Jazz. That being said, Pachakuti and young.vishnu’s sound worlds might be better described in their own words: „We just make music and try to incorporate what we love about it“. They are musical freethinkers with shared interests in eastern philosophy and botany who interweave Hip-Hop, Latin and Funk with musical storytelling and world mythology.

Mixed and mastered by Roe Beardie at The Brewery Studios, Berlin. The artwork itself merges the visionary art of Mexican painter Sergio Chávez Hollar and the work of Carsten Pölking of the Nima Compositions Archive.